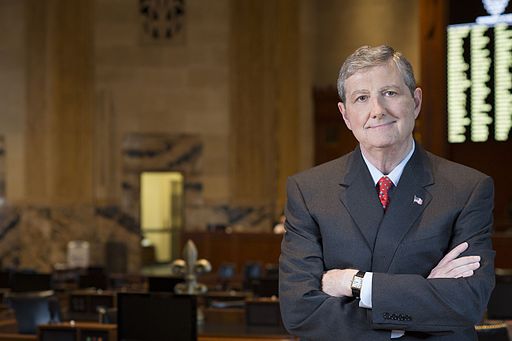 The line of questioning Sen. Kennedy asked to Sally Yates was quite pointed and to the point, which was met with praise by many on twitter.

This is how you deal with liars & obstructionists to the rule of law.

KENNEDY: OK. Suppose instead of an executive order, this had been an act of Congress. Would you have refused to defend it?

KENNEDY: But that was a political decision, was it not?

YATES: Well, I wasn’t at main justice at that time, so I can’t speak to that. But that was another example of when DOJ did not defend the constitutionality of a statute in that sense.

KENNEDY: OK. But in your opinion, the executive order is unconstitutional.

YATES: I certainly was not convinced that it was constitutional, and given that I wasn’t in the import of this, I couldn’t in good conscience send Department of Justice lawyers in to defend it.

KENNEDY: So you believe it’s unconstitutional?

YATES: And if I can say, I can understand why might be a little frustrated with the language here…

KENNEDY: I’m not frustrated. I’m happy as a clown.

YATES: And here’s – here’s the reason. Let me give you a little idea of the timing of this.

KENNEDY: Let me stop you because I don’t have much time. I’ve got a lot of ground to cover.

KENNEDY: I don’t mean to wax too (ph) metaphysical here, but at what point does an act of Congress or an executive order become unconstitutional?

YATES: Well, it all depends on what the act does.

YATES: I think the issue that we faced at the Department of Justice is to defend this executive order would require lawyers to go in and argue that this has nothing to do with religion, something that…

KENNEDY: But at what point does a statute or an executive order become unconstitutional? Is it some apriori (ph) determination? It become — Who appointed you to the United States Supreme Court?

ABOUT US
Right Side News is your online newspaper, publishing accurate information about threats against Western civilization. Right Side News stands out among news sites, offering the right news from sources you can trust. Find out what the real news is while there is still time to make a difference in your home, your community and your nation.
Contact us: editor@rightsidenewsdotcom.wpcomstaging.com
FOLLOW US
Copyright © 2007 - 2021 Right Side Network, LLC