LONDON (Reuters) – Turnout figures in Venezuela’s Constitutional Assembly election were manipulated up by least 1 million votes, Smartmatic, a company which has worked with Venezuela since 2004 on its voting system, said on Wednesday.

“We know, without any doubt, that the turnout of the recent election for a National Constituent Assembly was manipulated,” Smartmatic CEO Antonio Mugica said at a news briefing in London

Smartmatic is something that President Trump’s support base has been discussing. Vote paper ballots was strongly urged.

Its not just Smartmatic…Soros has ties to DOMINION VOTING SYSTEMS, responsible for 50 percent of voting machines in USA from The_Donald

Donald Trump was right … the American elections will be rigged by globalist socialism through Smartmatic, the same company that handles the Brazilian and Venezuelan elections. And whoever is behind it is a strong man of George Soros.

The Smartmatic group, which develops the computer programs used in the electronic ballot boxes of the elections of several American states and the Brazilian elections, has already been questioned in both the US and Brazilian courts. Other less well-known accusations are related to fraud in the Venezuelan electoral system. According to The Wall Street Journal Smartmatic’s machines and programs have secured power for tyrant Hugo Chavez by fraudulent counting of votes in the country.

But who is the man at the helm of the Smartmatic company? 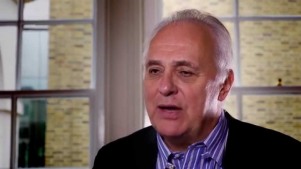 The Lord [Senator in the United Kingdom] George Mark Malloch Brown is a typical globalist. In his résumé we see the following: he held the post of UN Secretary-General, his main written work is The Unfinished Global Revolution, a book in which he criticizes the inability of national governments to solve their problems and Defends the creation of a world power capable of solving all crises of the planet. But the best comes now.

Malloch Brown is president of the investment funds of Soros Fund Management and the Open Society Institute, that is, is nothing less than the man at the head of the fortune of the tycoon George Soros.

And why bring all this information to the fore in the midst of the American presidential election campaign? Because, As already denounced by the American candidate Donald Trump and several journalists around the world, George Soros is the main financier of the electoral campaign of the Clintons and of his Clinton Foundation.

Let’s go to the Smartmatic group page, the information is there.

Below, also taken from the site of Smartmatic, the relationship of the American states in which the company acts in the elections. We highlight in yellow those that are considered decisive states to elect the American president. 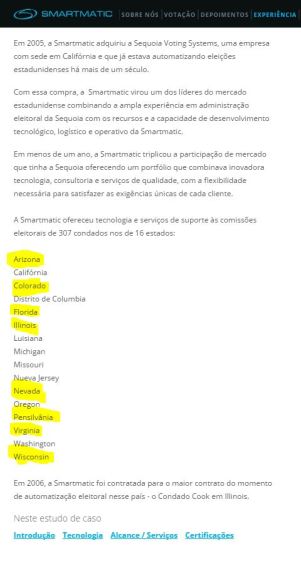 On the Clinton Foundation’s link with global billionaires like George Soros to watch the documentary Clinton Cash.

Before election here is what Mainstream News was reporting

Donald Trump’s baseless claims about the election being ‘rigged …

Trump. Says the U.S. election system is “rigged.” — Donald Trump …. “People are going to walk in and …

ABOUT US
Right Side News is your online newspaper, publishing accurate information about threats against Western civilization. Right Side News stands out among news sites, offering the right news from sources you can trust. Find out what the real news is while there is still time to make a difference in your home, your community and your nation.
Contact us: editor@rightsidenewsdotcom.wpcomstaging.com
FOLLOW US
Copyright © 2007 - 2020 Right Side Network, LLC